As the year draws to an end we have been reviewing our performance (via complaints and KPI’s) as well as our growth and below tracks the increase in units over the last 9 years from around 80,000 units in January 2009 to the end of 2019 at right about the half a million mark, an increase of 625%.
We publish this not just as self-aggrandisement (although there is some of that) but because it did lead to a conversation in-house that we thought followed on from @JonathanChanning ‘s post and subsequent interesting discussion regarding valuing suppliers; that conversely suppliers also need to value their clients. This includes most importantly watching growth for the possible negative effects it can have. It is so easy to gladly accept all incoming new business but do you have the resources ready to service that business? Will your current clients suffer because of it? Reflecting on that we certainly have been guilty previously of seeing the £ signs and not the consequences but I hope it’s a lesson we have learned (for example we are currently recruiting 7 new starters for next year’s pipeline of an extra 100,000 units).

In a few months on the May Bank Holiday 15 misguided people from Adiuvo and our peers Earl Kendrick as well as an addition from Realty Property Management are setting out to walk (continuously) in hopefully 24 hours from London to Brighton.

The team includes Andrew, David, Zoe, Aigerim, Michaela, Della, Lisa and Shaun from Earl Kendrick as well as Colin, Vicki, the other Vicki, James Jade and Ciara from Adiuvo and Daniel of Realty.

You can find our fundraising page at https://www.justgiving.com/fundraising/earladiuvo

Now whilst the trip in not probably the worst or arduous in the world it will be raising money for Max’s Foundation set up in memory of Max Schiller… a happy 10 year old boy, who very suddenly and tragically passed away in January 2015 from an undetected heart condition known as hypertrophic cardiomyopathy (HCM).

Donations can be made here;

One of our more routine types of call is a report of a fire alarm sounding throughout the building, invariably this happens late at night or early in the morning and although residents are understandably concerned about the noise nuisance aspect what never ceases to amaze is that it seems to be the only concern.

When we instruct residents to contact the Fire Brigade immediately the response is usually either surprise or a more belligerent one.  We try to explain that in a block of, say, 30 units there is no way of confirming that there is definitively no ongoing incident throughout the site and our only concern is the safety of the residents.

Callers have been so reluctant to follow this course of action that we have had to resort to refusing to send out any alarm engineers until the Fire Brigade has attended in order to ensure everyone’s safety.  Whilst looking to get everyone peace and quiet as soon as possible is a priority (and we are aware that 99 times out of 100 it will be a false alarm) we will never take any chance that there is a genuine emergency.

We have now completed our review of 2016 we thought we would share some of the more interesting statistics from last year;

% of Incidents Instructed on in 2016; Of issues reported out of hours, approx. 41% are genuine maintenance emergencies, requiring instruction.

In a previous blog we railed against the ever increasing pressure of awards and ceremonies and said that 2017 would be different for us; cutting back on all but the most important events or at least only attending rather than being involved.

We realised that all too often, even though we thoroughly enjoyed it we would meet similar people at The Celtic Manor or Wembley whereas some clients, although seemingly happy, had not seen us in person in over a year or even at all (with on-boarding done via phone and email).

We therefore instead decided to initiate a project spending the resources we would save on yearlong “roadshow” visiting all areas of the UK in an attempt to meet all or at least most of the unfamiliar faces.

That project begun in earnest last week when we de-camped to Manchester in order to meet with 10 clients.

The aim of these meetings is to actively seek out feedback, discuss improvements that can be made and generally review the service we provide with as many Agents as possible in the next 11 months hopefully allowing us to have met or at least offered a meeting to all of our 160 plus clients.

All of these reviews were extremely positive but at the same time we learned things I am not sure would have come up over regular correspondence and we believe that over the course of the year we will only increase our understanding of our clientele and their requirements.

We are due in Birmingham next month, Bristol in March and the remainder of the country over the rest of the year and look forward to hopefully seeing you all.

Anyone that knows me knows of the love I have for Las Vegas and spending way too much time there at the tables, I consider it a hobby and as such avidly consume all available books, blogs message boards etc I can find, I am therefore am very familiar with The Gambler’s Fallacy which is one of the most basic laws any rookie gambler learns.

For the uninitiated the definition is;

In basic terms the fact that you’ve flipped heads 20 times in a row does not mean that the next time is any more likely to be tails as each coin flip is a truly random event.

(this video explains it in even more and in slightly patronising ways; http://study.com/academy/lesson/gamblers-fallacy-example-definition-quiz.html)

So this, so far has nothing to do with Property Management but then a recent google alert led me to a research paper; “Decision-Making Under the Gambler’s Fallacy” which was when I was struck by how it applied to specifically our facet of emergency maintenance but with possible wider effects in Property Management in general.

The paper set out examples in decision making as far and wide as Baseball, Loan Approvals in India and American Asylum applications and found startling evidence that the sequencing of events/applications/pitches affected the decision, for example if a Loan Officer approved 3 loans in a row then they were more likely to turn down the fourth even if that application is objectively better.

One of the authors of the paper goes on to discuss a New York Immigration Court….”If the previous case was approved by the judge, then the next case is less likely to be approved by almost one percent. Where it gets really interesting is, is if the previous two cases were approved, then that drops even further to about one-and-a-half percent. And if these happen on the same day, that goes up even further, closer to 3 percent. And then obviously if it’s two cases in the same day it gets even bigger, it starts to approach about 5 percent. So those are pretty big numbers, especially for the applicants involved. Or to put it a little differently, just by the dumb luck of where you get sequenced that day could affect your probability of staying in this country by five percent, versus going back to the country that you’re fleeing.”

Given that what we do out of hours is triage call after call and make decisions on whether to instruct or not depending on the circumstances I wondered if this sequencing affected our process. On researching call histories and tickets we found the following; if a call handler took a call requiring judgement and instructed then took a similar call they were 1.3% more likely to turn down that subsequent call, this then doubled if two yes judgements took place with the third call being 2.8% more likely to be rejected, in the case of multiple calls and three instructions in a row the fourth call was almost 6.5% more likely to be refused. On review all of these issues had similar merits.

Given that we are now advising our shift managers to be aware of this and to try and randomise calls or review judgement calls from those handling multiple close call decisions.

As a supplier to the industry we are always approached by event organisers, usually to sponsor or exhibit and we have attended many in the past being willing and eager entrants however recently these approaches have at least doubled in numbers leaving all too many vying in our opinion for not only sponsors but attendees as well. The proliferation of these and ever new and shiny events and awards has just reached saturation point as far as we’re concerned.

I understand they are all trying to make a profit (aren’t we all) and provide a service or information or promotion but honestly I feel less would definitely be more, 4 major events that are all really worth attending and 2 awards a year for an industry our size is enough and would prevent the dilution of standards and standing (and maybe even increase the value of the ones the do take place).

Maybe all the organisations could get together to share some ideas or even some events because I think we are watering down the “product” and the things put in front of us are beginning to feel like cash grabs while the market they are aimed at also seems to be feeling a little jaded especially when content almost seems like an afterthought or, as I have heard lately from some parties, is ill-conceived or not relevant.

No offense meant to any of the organisers and I am sure after some events we will have retrospective exhibition or sponsor envy but for now in 2017 we are going to have a year of standing and cutting back to the major ones whilst just being a delegate at the others in order to focus specifically on our existing clients (which will be the topic of our next blog). 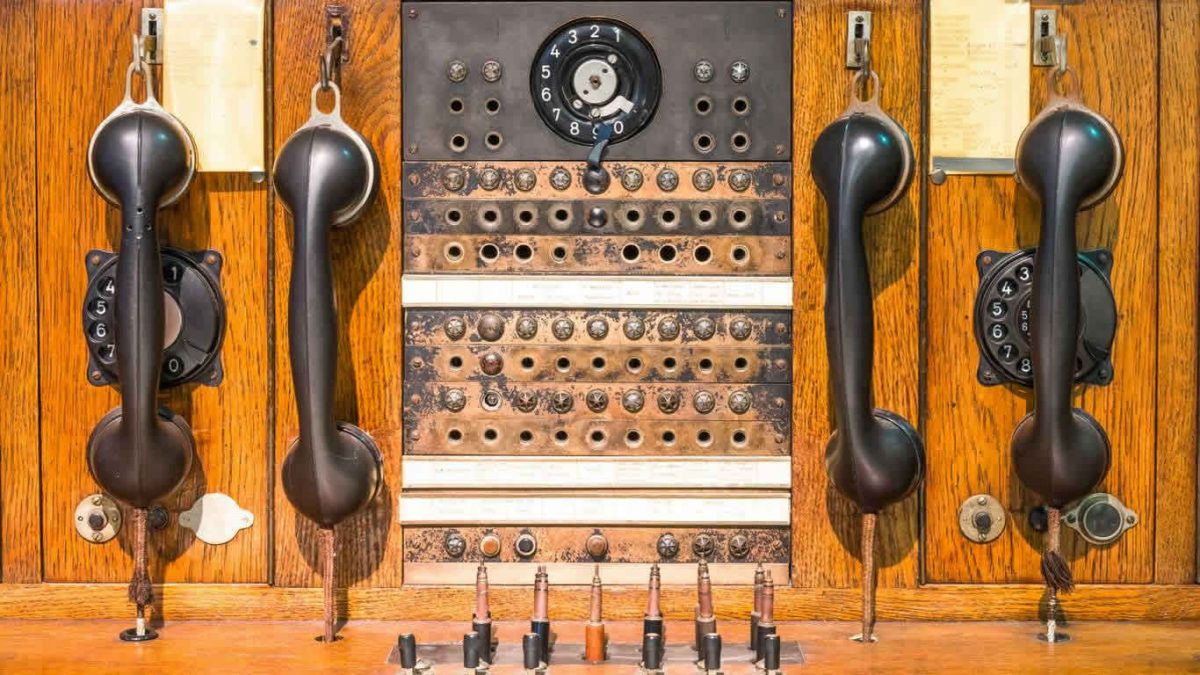 Established in 2008, The Negotiator Awards has become the most prestigious awards ceremony for the UK residential estate and letting agency industry It is viewed as the highlight of the residential property industry year, featuring coveted awards, presented at a glamorous black-tie gala dinner, with celebrity entertainment.

Adiuvo was presented with Bronze in the “Supplier of the Year: Professional Support” category.

Property Week Management All-Stars celebrate excellence across all segments of the management of real estate – from AST and Block Residential, multi-occupier office & retail, to industrial & logistics. These awards are the recognition of all key role property managers and their partners play in keeping the buoyant property sector on a steady course.

Adiuvo were “High Commended” in the Facilities Service Provider of the Year category for 2016.